Try Nigiri or Sashimi for Your Next Sushi Experience

Finding your Next Favorite Vegetarian Dish

Next Level Sushi – Advancing your Palate

If you’re still exploring the world of sushi, try the nigari or sashimi the next time you are at BFF.

Nigiri isn’t rolled like maki (what you may think of as traditional sushi with the meat and vegetables rolled in seaweed and rice). Instead, a thin slice of raw or cooked fish is layered on top of a pressed mound of vinegary rice. In Japanese, nigiri translates to “two fingers,” which refers to the size of the rice portion. It is typically served in pairs.

The most popular fish toppings for nigirizushi are Maguro (tuna), Sake (salmon), Hamachi (yellowtail), Hirame (halibut), Ebi (cooked jumbo shrimp), Tamago (egg omelet) and Unagi (freshwater eel). These are popular because most sushi beginners find them easier on the palate. You will also often find Tako (octopus), Ika (squid), Kani (crab), Ikura (salmon roe), Awagi (abalone), and Kazunoko (herring roe), which have a distinct flavor and takes some getting used to.

Sashimi actually isn’t sushi at all. Technically speaking, sushi is not sushi unless it has rice. Sashimi refers to a simple preparation of sliced fish, served without rice or other ingredients.

The presentation is simple, but the preparation is a little more advanced. Sushi chefs take care in selecting the best meats for sashimi. They can even bring out different flavors in the fish depending on how they slice it or which garnishes they pair with it. Different cuts of the same fish can yield vastly different flavors and unique textures. 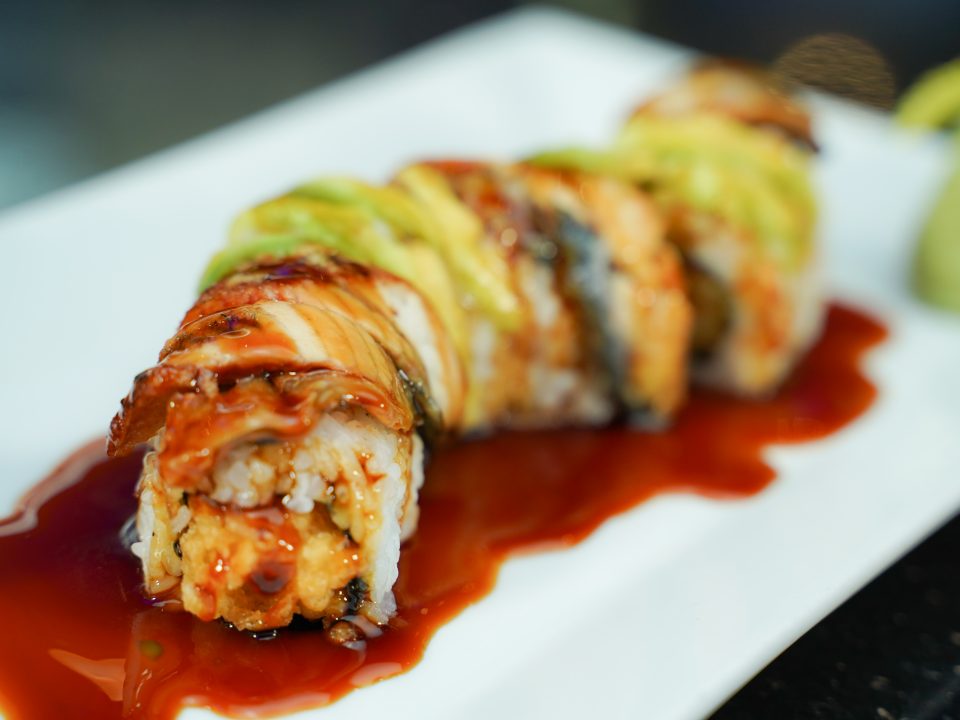